President Donald Trump revealed he spoke to God about the economy amid the coronavirus pandemic and God told him He’s going to have him rebuild “the greatest economy in the history of the world” again.

Speaking at a small rally that attracted several hundred supporters in Mankato, Minnesota, Monday, Trump branded presumptive Democratic presidential nominee Joe Biden as a “puppet of left-wing extremists” who would destroy the American way of life by “trying to erase our borders, eliminate our police, indoctrinate our children, vilify our heroes” and “take away our energy.”

If Biden were to be elected, he would “replace American freedom with left-wing fascism,” Trump added.

The president hailed his pre-pandemic economic record which reflected a strong stock market, wage growth of about a 3% average and low unemployment as “nothing short of an economic miracle.”

With the COVID-19 pandemic, the U.S. economy suffered its biggest blow since the Great Depression in the second quarter as consumer and business spending plummeted, the World Economic Forum noted. Gross domestic product dipped at a 32.9% annualized rate last quarter, “the deepest decline in output since the government started keeping records in 1947,” the WEC said.

“What we have achieved together and what we’re doing together is nothing short of an economic miracle and now we’re doing it again,” Trump told his supporters. “We built the greatest economy in the history of the world and now I have to do it again.”

He then revealed the conversation he had with God about the economic crisis.

“You know what that is? That’s right. That’s God testing me,” Trump explained. “He said, You know, you did it once. And I said, ‘Did I do a great job, God? I’m the only one who could do it.’ He said, ‘That you shouldn’t say. Now we’re going to have you do it again.’ I said, ‘OK. I agree. You got me.’ But I did it once. And now I’m doing it again. And you see the kind of numbers that we’re putting up. They’re unbelievable. Best job numbers ever. Three months, more jobs in the last three months than ever before.”

The U.S. economy added 1.8 million jobs in July, one of the highest one-month jumps on record, bringing total employment to 139.6 million Fortune reported. About 152.5 million people made up the U.S. paid workforce in February.

Speaking at another stop in Oshkosh, Wisconsin, the president expressed confidence that he will be able to help the economy recover from the impacts of the coronavirus.

“Before the virus came in from China, unemployment in Wisconsin had reached the lowest rate ever recorded,” Trump said, according to WHBL. “We created 15,000 Wisconsin manufacturing jobs, everyone said that would be impossible. One-hundred-and-twenty-one-thousand Wisconsinites were lifted out of poverty and 100,000 were lifted off of food stamps because they had good jobs.”

He added: “I took the greatest economy and closed it up and we saved millions of lives. And now we’re bringing it back, and we’re bringing it back so strongly. Who would think, we have a pandemic — I think we’re way on the other side of the pandemic, we’re doing great with vaccines and therapeutics and everything else — but who would think that we’d hit a record with NASDAQ and the others are right there.” 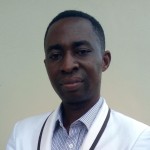 17 thoughts on “Trump says he spoke to God about economy, believes God will help him rebuild it again”

You may have missed

Trump says he spoke to God about economy, believes God will help him rebuild it again

Corona Virus: THIS EASTER! LET THE BLOOD SPEAK!!! I WILL PASSOVER WHEN I SEE THE BLOOD.

FEAR NOT!! PAULO DYBALA RECOVERS FROM COVID-19. THIS IS PSYCHOLOGICAL THING.